The village of Marville in Lorraine, is home to the church of Saint-Hilaire. It still is surrounded by its graveyard: beautiful tombstones and remarkable ossuary. Though most of the ossuaries have now disappeared, Saint-Hilaire still shelters as many as 40 000 skulls and bones. Closed by a column wall, the ossuary of Marville,  shelters approx. 40,000 skulls. It was built at the end of the 15th or beginning of the 16th century.

Some skulls are embedded in 'skull boxes'(as seen below), which contain the skulls of men and women of Marville who died between 1780 and 1860. More recently, Marville, the NATO air base, was occupied by the Canadian military from 1954 to 1967. Forty-one members of families of Canadian soldiers were buried at Marville - some in the historical section. 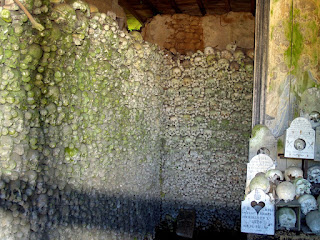 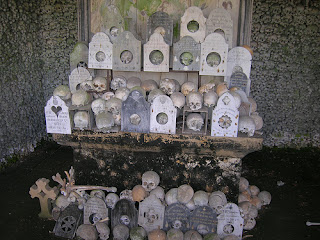 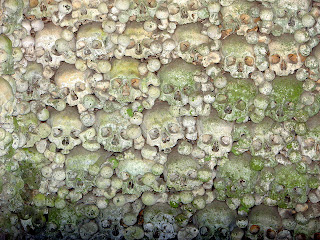 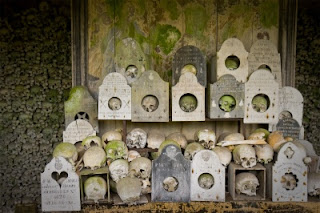 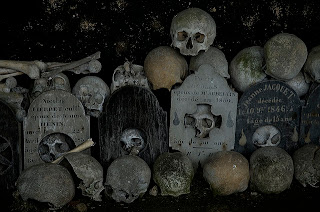 Posted by Deformutilation at 2:24 PM 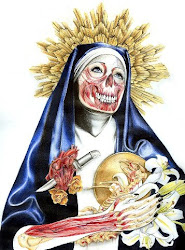